Now that the embargo has been lifted, I can announce that one of my images has been Highly Commended in the 2012 BWP awards, and as such appears in the exhibition and book published by the AA. 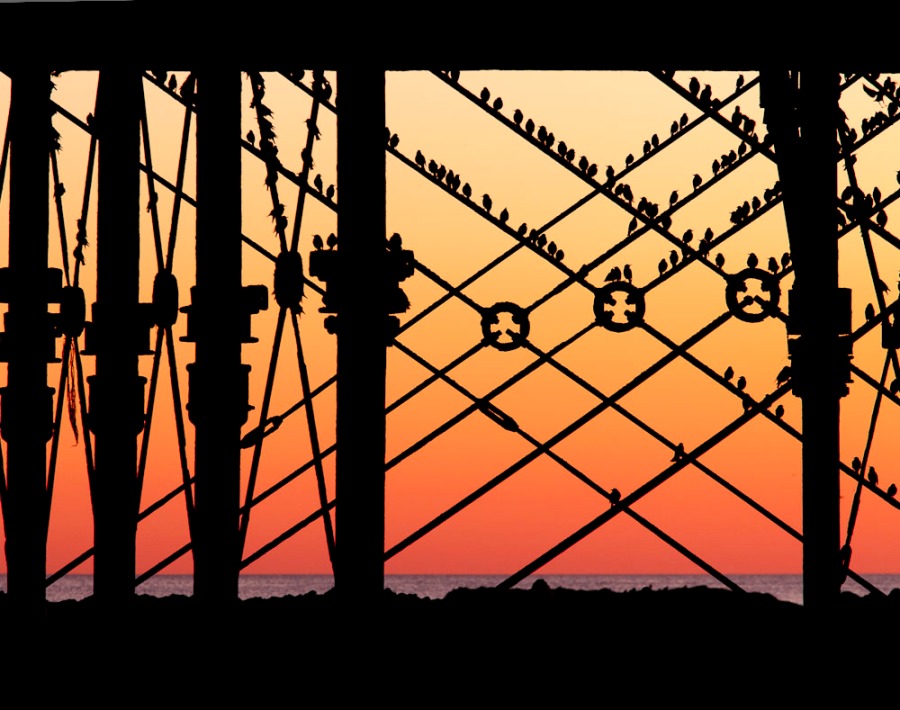 While my interest in wildlife is as enduring as my interest in photography, it is only relatively recently that I have begun to combine the two. To have been Highly Commended is therefore very encouraging, even if the image is more “landscape with birds” than birds in themselves. In fact all my wildlife close-ups were rejected! Perhaps there’s a lesson there somewhere……

Every year from October to March starlings roost under the pier at Aberystwyth; under the right conditions the sky can be a swirling mass of them. On a sunny evening there can be quite a group of photographers there. Being a fairly solitary breed it is one of the few times we get together for a chat! Local people and visitors also gather to witness one of nature’s great spectacles. The starlings put on their most amazing displays just before they leave for their breeding quarters. The image was taken in March.

UPDATE   :   A picture run over a double page in the Guardian on 6th February was very similar…… They do say imitation is the best form of flattery, but I’d rather have the recognition (and the money……).